Welcome Back to School. 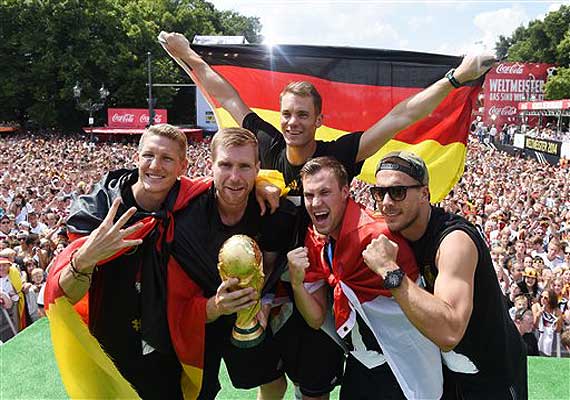 Well, the summer is over. For me, it was one long weekend. No complaints from this corner. I hope
your summers were also relaxing and fun. A lot has occurred over the summer: Germany's World Cup Championship, Ukraine's rebels, ISIS in Iraq, Hamas and Israel bombing one another, Ferguson, MO, did I miss anything? Probably.

But the time has come to return to school with visions of friends, teachers, learning, homework, projects, rules, bells, books, dress codes, and GERMAN!

Speaking of German here are some important links to help you get started with a new year. Remember to keep checking back at www.kandah.org for updates on all things German!